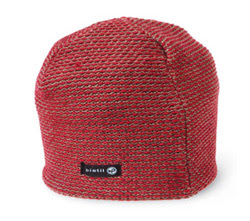 Signs that a big snow year is on the way 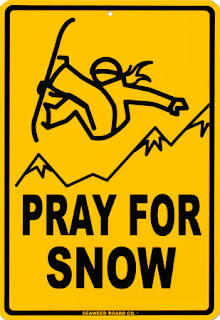 Bode Miller signs with an apparel brand that can only be pronounced after six shots of Barenjager.

The Farmer's Almanac sells another 500,000 copies in New England by hiding the "big winter" forecast between recipes for apple butter and freezer pickes.

Okemo issues a press release regarding the larval stage of the tiger moth, and how the width of its brown band determines the severity of the winter ahead. Plus, they have 97 percent snowmaking coverage.

Mad River Glen will give out will give out 35,000 lift tickets to Sunday River to a stadium full of skiing fanatics at the Boston RedSox home closer.

Sen. Larry Craig helps the hopeful ski mecca of Ogden, Utah, come up with a catchy new tagline.
Posted by Drew at 9:25 AM 1 comment:

Email ThisBlogThis!Share to TwitterShare to FacebookShare to Pinterest
Labels: Pebble Mine 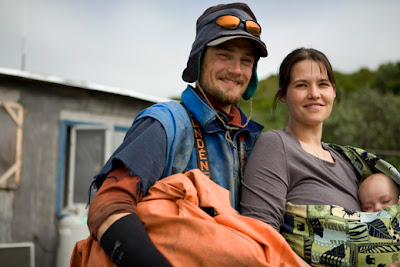 In one corner, you have Northern Dynasty. A company that is planning to build the Pebble Creek mine in Alaska's Bristol Bay. A mine for gold and copper that will easily be the largest of its kind in North America. A big hole two miles wide, a total rerouting of local water ways, and a dam bigger than Grand Coulee. Toxic cyanide used to process the gold. More electrical need than the entire Kenai peninsula. A $200 billion potential payoff.

A chronicle of the lives of the local community, of the ridiculously pristine Bristol Bay region, and the reality of facing down a company that's bigger, richer, and more focused on the bottom line than Big Tobacco, it's obvious that "Red Gold" will either be the flashpoint for massive public support for conservation of the area ... or a real pretty tombstone. 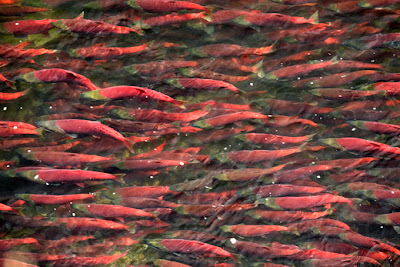 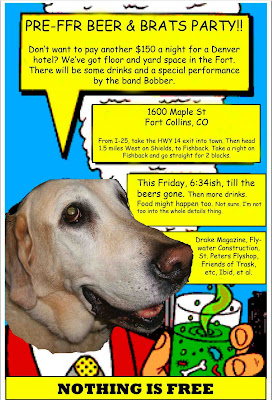 "Thought you guys would be honored that I stole your invitation and put Trask’s face on it to make it look like it was my idea.  Sincerest form of flattery..." 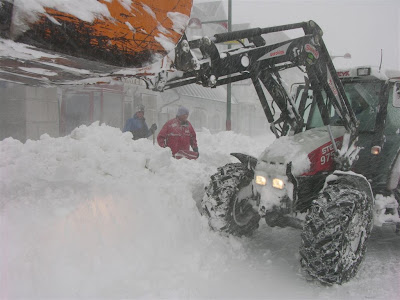 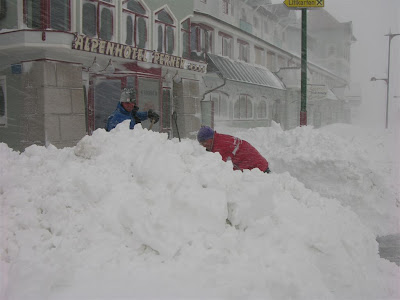 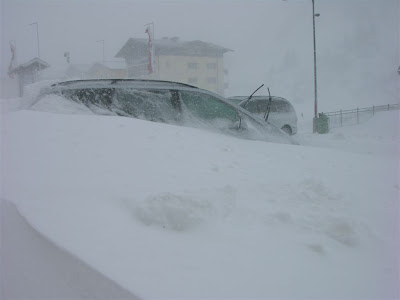 It's not the way it used to be. Things were better then. We've blown it. We're losing the war. We're hated. We're running out of oil. We're running out of morals. Glaciers are melting. Oceans are dying. Where are all the bees? Windmills kill birds. We don't relax enough. We don't work hard enough. We don't eat right. We drink too much. China builds one coal plant a day. Iran has nukes. France is cooler than us. Ireland is richer than us. We watch too much TV. We don't watch enough ads. We're stupid. We're idle. We use bad grammar. We chew with our mouths open. We're amateurs. We shouldn't have got that home loan. We should save more. We should volunteer more. We should spend more time with our kids. We spoil our dogs. We can't locate South Carolina on a map. We can't do math. We eat high fructose corn syrup, in everything. We're so dumb, we buy bottled tap water. We marry too young. We divorce too much. We have bad posture. Our idols are false. Our breasts are false. Our foreheads are frozen. We drive too much. We wear stupid shoes. Our president was a baseball hero. Our baseball heroes set a bad precedent. We like the porn. Porn is dead. We don't go to church. We're cultural savages. We eat anything put in front of us. We don't drink enough water. We love money. We hoard posssessions. We accumulate debt. We can't win.

The wristbands I kept. Twelve from six months of chemotherapy. Two more from the surgery, and another from some rigorous penetration in the interim. Fifteen in all. I'm not sure why I did. But i did. And now they're squeezed to the back of my closet shelf, getting buried by the detritus of my life. Business cards, batteries, golf tees, receipts. Seeing the green tags fade away, even by the ridiculously mundane icons that come out of my pockets, feels good.

The pessimism in the air really bugs me. Yes, there are major issues in the world today. Yes, we need to deal with them. But there's no call to be fanning the flames of a cause, just for the satisfaction of a little partisan knife twisting.

I think that's why I like the whole 'greenneck thing.' I think it's why a lot of other people do too. There's a lot of room out there between the Reddest of the Red and the Bluest of the Blue. And in that space there's a lot of common ground for things like apple cider making, blueberry picking, and target practice.

Maybe then we could all see the glass for what it really is.
Posted by Drew at 1:23 PM 2 comments: 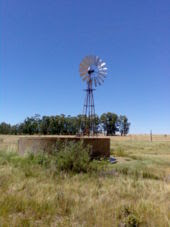 Sounds like a good deal, but one wonders: How much would it be without the bullet holes?
Posted by ben at 7:14 AM No comments: