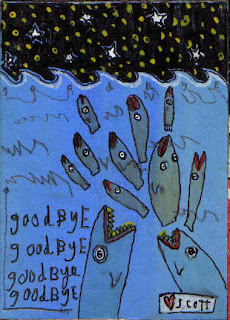 What were the highlights from FlyFishing Retailer 2009?

There's a lot of optimism at the 2010 Fly Fishing Retailer show. Unfortunately for Denver, that optimism is going to Salt Lake City.

The announcement came yesterday morning at the AFFTA breakfast prior to the show opening. It was based on the recommendation of the AFFTA board, which at this point is practically the whole exhibitor list for the show. The phrase "the industry is at a crossroad" came up a couple times, and I suppose that's true if you consider a four-way stop with two dead ends a crossroad.

There's good energy at FFR, don't get me wrong. But that good energy is coming from the same place as always: from a handful of fired-up exhibitors, from a few outfitters who don't just love to fish, and from Tom Bie. Other than that, the show is a graveyard.

There's a lot of cement showing at the FFR show this year, due to shrinking exhibitor numbers as well as shrinking booth space. Thank God for casting ponds.

There are also a lot of curtains, which can be directly attributed to the conspicuous absence of Orvis (allegedly, they were planning to exhibit in a hotel ballroom across the street ... and allegedly, they moved into a convention center conference room in half-hearted last minute show of industry "solidarity").

The current plan is to fold FFR into the Outdoor Retailer show, which is a worthy goal. Even though Kenji (the show director for both FFR and OR) raised his eyebrows and tried to convince me that it'll be a challenge to fold the fly world into the Salt Palace, I'm not convinced it'll be that hard. Not just because of the recent exodus of paddlesports companies from OR, but because the tiny FFR roster could legitimately fit in the lobby of a Holiday Inn Express.

Which brings up a decent point ... instead of trying to make the fly fishing industry bigger ... why not make it smaller? Why not make it an elite few instead of a straggly crowd? Why not take it to a new town every year, showcasing the industry's finest in fish-crazy places like Bozeman or Portland or Burlington?

Don't get me wrong, I'm in favor of the fly show leaving Denver behind. I think blending with some new faces will do good things for specialty fly business. And I think that Denver never really provided enough sizzle to motivate the industry.

So ... what we have is a tiny, aging group of passionate sporting enthusiasts who have come to a consensus that Denver is a poor choice for their trade show.

Thanks to the American Alpine Institute for this gem. Definitely hit their website for the full Shatner interview.

In case you were wondering .... Vermont's share of the pie 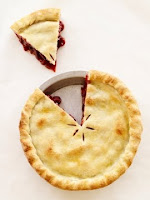 Just got this in my in box:

"The American Recovery and Reinvestment Act (ARRA) of 2009 will provide stimulus money to many different sectors, including state and local governments. Specifically, Vermont will receive over $700M in recovery and stimulus funds for several areas, including energy efficiency and renewable energy. These funds will be used to position our state to reduce the costs and consumption of energy through two separate US Department of Energy programs: the State Energy Program (SEP) and the Energy Efficiency and Conservation Block Grant (EECBG). The US Department of Energy has released a Funding Opportunity Announcement (FOA) for the EECBG Program. The Program’s purposes are to stimulate the economy and to create and retain jobs.

As this is a “formula grant” through the US Department of Energy, allocations to the state of Vermont pre-determined by several factors, including population. Through the EECBG, Vermont communities will also receive the following allocation:

The EECBG instructions require at least 60% of the funds allocated to the State Energy Office to be allocated to the counties, towns and cities that did not receive a formula allocation, or $5.7 million. These funds will be administered through the Clean Energy Development Fund through a competitive process ...."
Posted by Drew at 9:00 AM No comments: