Meathead Films will celebrate their 10 year anniversary this fall with the 'Prime Cut' tour .... rolling through a couple local spots, as well as the Ancient Order of Hibernians Hall. LINK 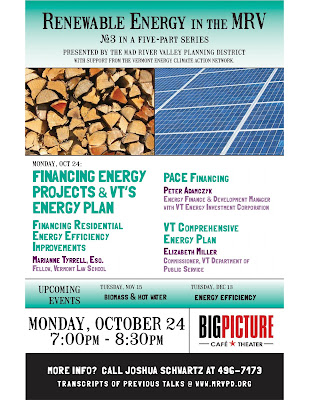 · Elizabeth Miller, Commissioner of VT Department of Public Service, will talk about energy programs at the state level as well as the draft Vermont Comprehensive Energy Plan (CEP). The CEP addresses Vermont’s energy future for electricity, thermal energy, transportation, and land use. This is a great opportunity in advance of the CEP's 11/4 public comment deadline.

And, in case you're wondering, the last two events in the series are Biomass & Hot Water (November 15th) and Energy Conservation, Efficiency, & Weatherization (December 13th).
Posted by Drew at 4:25 PM No comments:

Email ThisBlogThis!Share to TwitterShare to FacebookShare to Pinterest
Labels: Energy Independence, stuff to do on Mondays, Vermont

On DinarDaddy.com you can go down the rabbit hole into the world of Iraqi currency speculation.

The shtick is pretty simple … Iraqi currency is worth far less than pennies on the dollar at the moment, but revaluation is imminent, as the US Government clearly sees the nation as too important to fail. And if you just bought some Dinar now, you could turn a few thousand into a few million before you can say “shock and awe.”

Now, you can’t buy the Dinar through traditional channels like “banks.” But you can buy it through online Dinar brokers who will fedex you an envelope full of colorful bills. Of course, there is the slight concern of getting expired, worthless Iraqi currencies which closely resemble the current Dinar, as well as outright counterfeit bills, as well as a litany of other potential scams that surround and infect the concept. 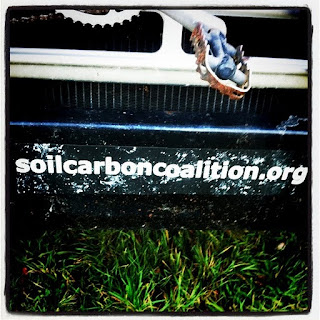 “I don’t care,” admitted a slightly inebriated sales rep at a meeting I attended a few weeks back. “I am in. WAY in.”

As I told the Dinar story to a 20-something friend last night, he smiled in the same patient way that my oncologist used to when I asked him about medical marijuana.

“Maybe it’s a generational thing,” he said. “But it just seems to me that investing shouldn’t be about sending money to some faceless place in hopes of some killer return. It should be about putting money into slow growth ideas in your local community, and knowing that even if you don’t make a ton of money, at least you know you’ve done the right thing …. I just wish there was a way to put my 401k into things like this.” 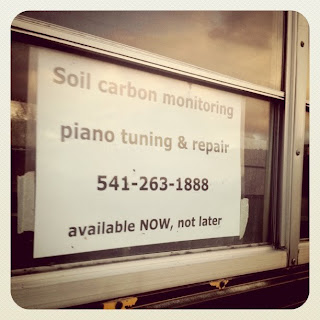 The Ward farm is a new farm, approximately 90 acres, and just down the road from my house. It’s been an open, uncultivated field for the last few decades, but it’s now the site of about a dozen crops … a diverse mix of berries and herbs and nuts that were carefully selected for high market value. Stuff like echninacea and goldenseal. There are also some sheep kicking around the property, as well as some loaner cows that just showed up a few days ago, there to help take the carbon from the air and insert it back into the soil.

And that small idea -- turning atmospheric carbon into soil organic matter, and moving from the 'age of oil to the age of soil' -- was the topic of the night.

The Soil-Carbon Coalition, a traveling road show based out of a renovated yellow school bus, complete with a working piano, was there at the Ward Farm to do some baseline soil testing for a 10-year challenge known as the Soil-Carbon Challenge. The idea is pretty simple: instead of proposing hypothetical solutions to climate change, why not just start doing things right, start measuring them, and start telling people about it. 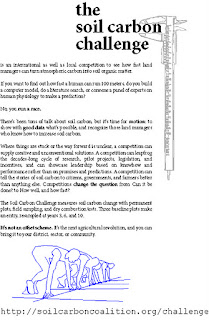 As I understand it (and forgive me if I hack this up), the soil in the Challenge will be measured for numerous things, but the big kicker is the carbon. Because if we can show that sustainable use of soils can take the carbon out of the air and create usable healthy soil at the same time, we can not only start backing down from the climate change cliff ... but we can address numerous other challenges at the same time.

According to the SCC guys, the current mindset on addressing elevated carbon in the atmosphere is severely limited. Measuring, forecasting, and prescribing climate treatments based solely on fossil fuel usage is much like a doctor treating a specific symptom without ever considering the cause.

They also got a conversation going about how we’d be facing the same problems with carbon and climate change, even if we’d never used a drop of fossil fuels -- thanks to static land use strategies that allow some soils to harden from disuse and others to suffocate from overuse.

If it’s any consolation, I thought it was going to just be a Friday night kegger, too. 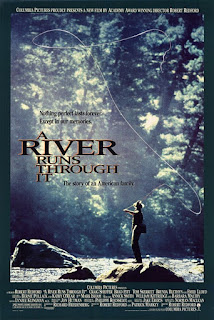 They call it ‘the movie.’

And when they say it, they breathe it out with a glowing reverence – almost a whisper, actually -- more suited to a scornful demigod (or former girlfriend) who might appear if you accidentally say the name a bit too loud.

When “A River Runs Through It” came out in 1992, it put fishing for trout with a fly on the radar screen of every guy who wished he had a little bit of Brad Pitt in him, as well as every woman who wished for the same. 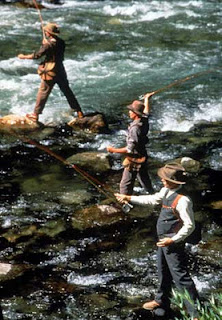 In addition to doing wonders for Norman MacLean book sales, the "movie" put fly fishing businesses into a soaring trajectory as well.

Briefly, that is. While fly fishing participation soared in the early 90s, the next 15 years featured a slow and steady decline. A river running downhill, so to speak.

They still talk about the “movie” in the fly fishing world. Some wistful, some snarky. And every time another film that features the sport in it comes along, they push a few chips out onto the green felt, hoping that big wheel stops on them once again. (Last year’s “The River Why” was frothed up as the second coming, but apparently even Amber Heard's lovely form wasn’t enough to save it. Link: Review)

This month, another outdoorsy community is clasping hands in anticipation of a bump. Enter the birdwatchers.

“The Big Year” – starring Jack Black, Steve Martin and Owen Wilson – is being heralded by the birding community as the big opportunity they’ve been waiting for. The tale of three hyper competitive bird watchers trying to set a record for the most birds in a single year has seen more advertising support in the last 30 days the entire fly fishing industry spends in a year, combined.

That might help. But plenty of other movies spend buckets of cash to no avail. And the hope here is about more than just supporting gross box office sales, it's about increasing the number of people heading outside for a glimpse of a wild bird ("conversion") and it's about hooking those people on the activity in such a way that they keep coming back year after year ("retention").

At this point, conversion is primary focus. And, blissfully, the birding community isn't just sitting around waiting for the bump to lift them up. They're actually doing something. 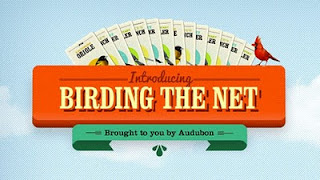 This week, Audubon launched “Birding the Net” a month-long Facebook campaign that aspires to draft off "The Big Year" and its massive marketing support ... and hopefully convert a few people to the birding cause.

An inspired and well thought-out program, “Birding the Net” has recruited hundreds of brands -- from USA Today to the New York Times to our friends at Woolrich -- to incorporate a variety of birds into their websites. Live birds, actually, that will fly across the screen as you're reading the news or shopping for a new merino wool sweater.

Every time you see one of those birds flying around your computer monitor, if you click on the bird in time, you’ll “collect it” and a badge will be added to your birding portfolio on Facebook.

Lots of other twists to the campaign exist as well ... like html "birdhouses" that can be added to any site ... as well as a boost of competitiveness in which your roster of birds will be measured against other friends on Facebook. The 'net birders with the most in their portfolio by the end of the month will be entered to win numerous prizes, including a Lindblad trip to the Galapagos. Pretty damn sweet.

The beauty of "Birding the Net" is that it doesn't hinge on "The Big Year" being good, bad or sideways. Instead, it takes the initiative.

And for right now, that's exactly what it's gonna take.

Email ThisBlogThis!Share to TwitterShare to FacebookShare to Pinterest
Labels: "The Big Year", birding, the movie, Woolrich 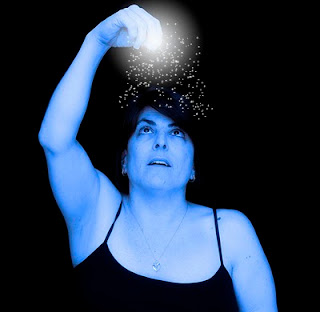 To be sure, the Rendezvous has more than it's share of top flight, high-draw speakers -- including Washington Governor Christine Gregoire, para-climber Chris Waddell, numerous cool kid CEOs and a record-setting list of future-predicting marketing & design consultants. It's also got the traditional trail service day at the end of the two-day agenda, when the group slaps on their Mtn. Khakis and rebuilds a few bridges and trails in the local area.

With such a broad diversity of speakers and sessions and activities, the "official" reason that most people attend the Rendezvous can be tough to pin down.

But when you look at the sobering economic conditions happening outside of the outdoor bubble, and compare it to the remarkable recession-defying growth that's continuing to fuel outdoor industry expansion .... the reason for attending this year's outdoor mega-player gathering is simpler than ever.

In other words, people just want a little of that outdoor industry fairy dust.
Posted by Drew at 4:50 AM 1 comment: