Can skiers scare the world straight? "DEEP" launches on Kickstarter to find out


Porter Fox is a busy guy.  These days, he keeps his stuff in Brooklyn and spends his days as the publisher of Nowhere, a literary travel e-zine.  But back in the day, he did a stint in the Wyoming newspaper business (Jackson Hole News) before trying his hand at self-publishing with a backcountry newszine ("The Pass").  He eventually found his way to Powder ...  and although it was on the diametrically opposite side of the universe from his Maine roots and newsprint background ... it was a perfect fit.

This fall, Porter brings his toolbox to his biggest story arc ever:  the 8,000-year-old history of skiing, the miracle of snow and how climate change could wipe out both in the next 75 years.

DEEP: The Story of Skiing and the Future of Snow lays out some sobering data, like how the rate of winter warming in the U.S. has tripled since 1970, how half of Northeastern ski resorts will close in the next 30 years due to rising temperatures, and how more than a billion people depend on snowmelt for their everyday water supply.

There's no big publishing house behind this effort ... no major marketing or distribution plan ... just a bunch of skiers who feel like this is a story that's worth being told.   If you agree, head on over to Kickstarter and give the thing a kick.  (LINK: DEEP on Kickstarter). 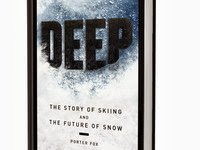 IS DEEP A CAUTIONARY TALE OR AN EARLY OBITUARY?

I would say it's closer to a cautionary tale. Big changes are coming to the mountains in the next 30-70 years, including diminishing snowpacks, increased avalanche danger, intense storms and other changes that will alter how we travel in the high peaks. If greenhouse gas emissions continue to rise, then we will likely see the end of skiing as we know it by 2100, if not before. If we can decarbonize and lower emissions significantly, it's possible to keep winters similar to how they are today. With 97% of climatologists in agreement that humans are warming the Earth, it is also true that we can slow that warming.

ONCE UPON A TIME, YOU DID A WRITING SESSION UP AT BREADLOAF.   WHAT DID YOU WRITE WHILE YOU WERE THERE?

I went to Breadloaf  to study creative writing. I worked with Josip Novakovich on a few short stories I was editing. He was great and it was a terrific experience, inspiring on all fronts.

I READ IN THE NY TIMES LAST WEEK THAT IN 50 YEARS THE COLDEST WINTERS WILL BE AS WARM AS OUR HOTTEST SUMMERS TODAY.   IS THAT WHAT YOUR BOOK SAYS TOO? 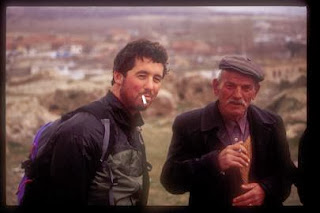 I think the line was "By about mid-century, the coldest year will be warmer than the hottest year in the past." Either way, DEEP covers a range of predictions, because that's all we have. The lower end of the range (2C) is manageable, the upper end (4-6C) is scary and will be catastrophic to the world and the human race. Though computer models can't make exact predictions 50 years out, the range that they are predicting is getting more accurate. So it's good to know what the upper and lower ends of warming mean, because either could happen.

IS THERE ANYTHING IN THE BOOK THAT'S GOING TO MAKE ME LAUGH?

Half and half. Two skiers from Jackson Hole approached me with the idea. When I read about the state of snow and ice in the world, I adapted the storyline to what it is in the book.

ARE YOU TELLING THE SKI WORLD A STORY THAT THEY DON'T WANT TO HEAR?  OR ARE YOU TRYING TO TELL THE REST OF THE WORLD SOMETHING THAT SKIERS ALREADY KNOW? 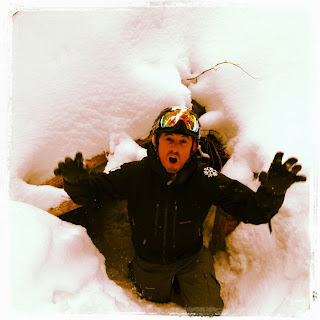 I think I'm telling a story people simply don't know about. I didn't, and I've worked at a ski magazine for 14 years.

DO YOU EVER FEEL LIKE YOUR GENERATION HAS BEEN GIVEN A BIG FAT SHIT SANDWICH OF CLIMATE PROBLEMS TO DEAL WITH?

I think every generation has its fight. My grandfather fought in the Battle of the Bulge in WWII.  Many parents today fought in Vietnam, Iraq or Afghanistan. Our generation has been incredibly lucky, and somewhat spoiled. This is our fight and a chance to make our mark. Not just to protect our way of life, but to make it even better, more equitable and more sustainable.

IF YOU COULD SEND AN AUTOGRAPHED COPY OF THE BOOK TO THE WORLD'S BIGGEST CLIMATE CHANGE DENIER, WHAT WOULD YOU WRITE ON THE INSIDE COVER?

Stock up on canned food.

Enjoy yourself, it's later than you think 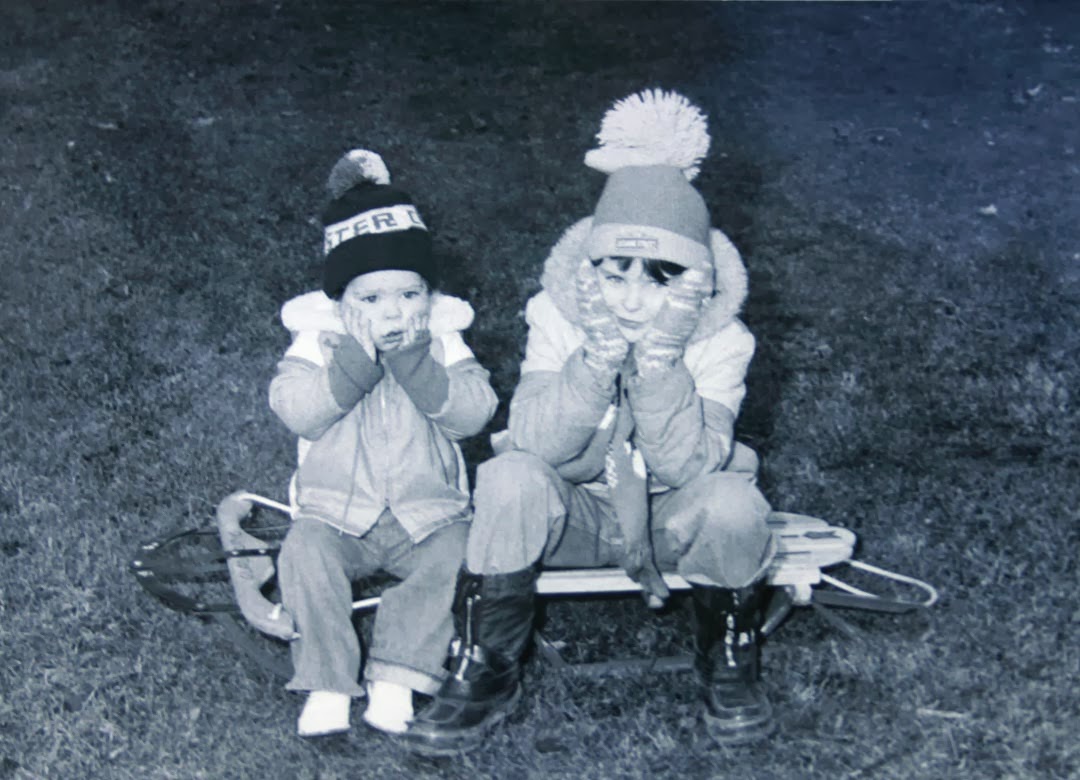 OCTOBER 10, 2013   "... If greenhouse emissions continue their steady escalation, temperatures across most of the earth will rise to levels with no recorded precedent by the middle of this century, researchers said Wednesday ... To put it another way, for a given geographic area, “the coldest year in the future will be warmer than the hottest year in the past,” said Camilo Mora, the lead scientist on a paper published in the journal Nature...."