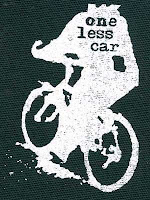 Like oil and water, a painfully appropriate simile, the two don't mix.

The brave and the few who choose to ride today's roads are battle tested. They've been hit by cars. They've been strafed by cell phone chatterers. They've been pushed into the ditch by angry motorists. They've chased down speeders on rural roads. And they have friends who have died beneath a bumper.

With the arrival of $4 gas, we also have the arrival of new bike people. These are men who've never shaved their legs, women who own no lycra, and kids who've never gone to school or the market in anything other than the straitjacket carseat in the back of a Legacy.

These are the new advocates, the new rally organizers, and they are learning the refrain that bike geeks everywhere already know by heart.

To triage our way out, it's tough to say what's worse ... that we've allowed an entire generation to grow up believing that cars are the only way to travel, that we've built a transportation infrastructure that reinforces that belief, or that we've enabled motorists to feel singularly entitled to the roadways.

Judging by the amount of squealing out there right now, the pressure to change is surely imminent. It doesn't need a tax break or a subsidy to happen. It doesn't need an act of congress or a presidential decree either. And it definitely doesn't need an every-other-Thursday boycott of your local Exxon station.

Snakes on a plain

Why to live in Vermont: Reason #48

From greening to meaning 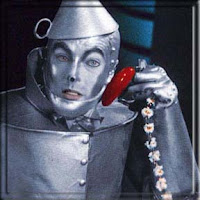 “The things we now call sustainable or think are leading edge, (pretty soon) I don’t think you’re going to get any more credit for doing that than we currently do for taking our recycling out."

Those were the words of my friend Jim Van Dine, who spoke to a crowd of students at Stanford last week about "sustainability and the entrepreneur."

As one of the founders of Ahnu Footwear, Jim has long kept me engaged with his candor and his turn of a phrase (he is, after all, the guy that introduced me to the Green Paradox of "perfection as the enemy of good.")

I knew right away that the Stanford speech would have some real gems in it. Stuff like how 'green' is ancient history as a marketing advantage, how 'sustainability' is merely an acknowledgment of the writing on the wall, and how social responsibility is exactly that ... a responsibility that we all have to take care of each other.

What I didn't realize until later was that Jim was once again riding on the cusp of an emerging wave. It's called "conscious capitalism," and it's the first act of the meaning-based economy.

LINK: Conscious Capitalism
Posted by Drew at 11:28 AM No comments:

Good or bad, there's something about the 16th hole that always makes me a little sad.

Not unlike hitting the last bend of the river before the takeout, or dropping into that final section of singletrack ... when you're standing on the 16th teebox, you know that time is running out.

It's a natural response. When we see the stopwatch ticking away, the temptation to step it up a notch is almost irresistible. Every swing matters even more as we try to erase the mistakes of the morning with a miracle in the afternoon.

Don't get me wrong ... but sometimes I feel like there's a big crowd stalled out on the 16th tee.

They've had their round, they've made their mistakes, but they just don't want to pull out the driver and finish the damn thing off.

Worse yet, not only are they reluctant to make the final turn, but they don't want to let the groups behind them finish their rounds either.
Posted by Drew at 5:25 PM No comments:

Excellence in Journalism: How to take a licking and keep on clicking 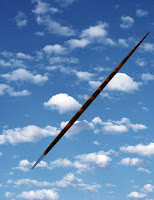 Photographer returns to finish his assignment.

Photographer is an ex-Marine.

Photographer makes me feel like a serious wuss for bitching about that #22 beadhead nymph i put through my pinkie.

What happens in Iceland ...


No media were harmed in the making of this film.

LINK: Win a Trip to Iceland with Kelty
Posted by Drew at 9:19 AM No comments:

Email ThisBlogThis!Share to TwitterShare to FacebookShare to Pinterest
Labels: 1% for the Planet, Vermont

Greenneck truck sticker of the day

Email ThisBlogThis!Share to TwitterShare to FacebookShare to Pinterest
Labels: Greenneck

My Side of the Story 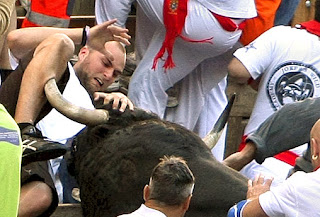 Probably nicer in Tibet, though

Grass is getting green. I’m down with that

Damn, my horns are long

He’s looking at me!

If he tries to milk me, I’m going to mess him up something fierce

That fence is way too low. I could hop that sucker.

Christ, is he listening to the Stones? I hate the Stones
Posted by ben at 2:43 PM 2 comments: