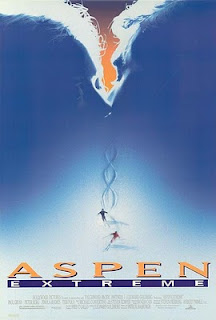 After a long illness, Extreme passed away quietly in its home last week. It was 20.

Advertising deals over the next decade made Extreme a household name on everything from molded potato product to cologne for male genitalia, and it was no surprise that it spent the last few years of its short, bright life cavorting with celebrities in the clubs of NY and LA. Overexposed and diluted during its last few years, Extreme became little more than a partied-out punchline ….

If Extreme knew that in 2010 it would be used to describe street luge and aggressive in-line skating, it never would’ve got out of bed.

Extreme was easy to mock back in the day, but only because it was so big and so brash and so totally head to toe in neon glory. Extreme was about the highest mountains, about the biggest lines, about so-steep-you’ll-die-if-you-fall terrain.

Today’s Extreme is having its “Boogie Nights” moment. Past it’s prime, burnt out and desperate, Extreme has sadly become something that can literally mean anything an advertising John might want -- particularly if that’s “highly caffeinated,” “brightly colored” or “flavored with hints of nacho cheese.” But what that John mainly wants is the same thing. A way to meet young men.

The Extreme intervention should’ve come years ago, saving it’s soul by splitting the world down the middle between Risk and Thrill.

Thrill is the place of explosions and high speeds and 3-D video game graphics. It’s a 3-point shot at the buzzer and a fist-pumping 60-foot birdie putt. It’s the roller coaster ride of a terrain park, and the splash of a Red Bull chaser.

But Risk, on the other coast, lives at a different pace. It’s comfortable with real exposure, real time and real physical harm. It’s first descents of No Name Couloirs, free ascents of El Cap and wandering into the desert with nothing but a not-that-sharp pocket knife. It’s high altitude, open water and moon landings … And it’s potentially hazardous to your health. All of it.

Risk is engagement. Thrill is entertainment.

The upside of Thrill is that it makes great TV. Duh. But the downside is that its primary benefit is the creation of new spectators, not new athletes. Thrill Sports are the result of amazing specialization, but the end product is a galaxy far far away from everyday experience. So far far away, in fact, that the average Shmoe not only can’t relate …. they’re not even supposed to relate. They’re just supposed to shop.

Risk Sports, on the other hand, are long-term. They’re about incremental improvements, about exposure to permanent physical harm, about fatigue and about the affects of time. The heroes of the sport make it look easy, not hard, and the epic journeys of Risk have the pattern and symmetry of a classic novel.

Risk doesn’t always read well in a single photo or a few lines of text, unless you know the backstory. In the the recent Yosemite-tribute Patagucci catalog is a shot of a bunch of dirtbag climbers after they finished a rippin’ ascent of El Cap. Strangely somber and affected, the "Stone Masters" celebrate the summit not by high fiving and pounding Five-Hour Energies and Facebooking …. They’re alone, each one of them, in a murky contemplative place. Crappy photo. Great story.

Subtlety is the key to Risk Sports, as being able to actually see the first obstacle is what makes you believe that you can actually overcome it.

Risk, for lack of a better term, is good. And while our love affair with Thrill Sports may be good for ratings and short-term sales, it might also be handicapping a generation (or two) by delaying their introduction to something that’s at the very core of who we are.
Posted by Drew at 5:50 AM 3 comments:

Will Vermont be first to ban felt for fishermen? Will anybody cover it? 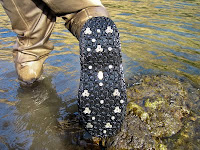 Vermont's heading toward being the first state in the U.S. to ban felt-bottomed wading shoes.

Those of you who paid attention in civics class will notice this bill has passed the Vermont House and has been read once in the Vermont Senate. This baby's moving, people, and ain't nobody's paid it much never-mind. There's a story here. All you gots to do is ask.

For help on the bill-to-law process, watch the video below.

Posted by Matt Crawford at 10:31 PM No comments: 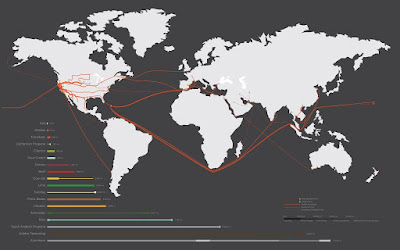 So ...sustainability students in San Francisco analyzed a local taco and found that the ingredients had travelled 64,000 miles.

My beef with this? If decent mexican food in California travels halfway around the world to get there, why the hell doesn't it stop in Vermont on it's way?

Listen to a guy who knows about fishing 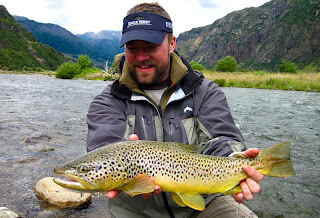 And if you want to know if Andrew knows of what he speaks, yeah, yeah he does. That's him on the right with a nice Chilean brown, caught earlier this year.
Posted by Matt Crawford at 1:46 PM 1 comment:

I wonder how they feel about dogs on the trail.... 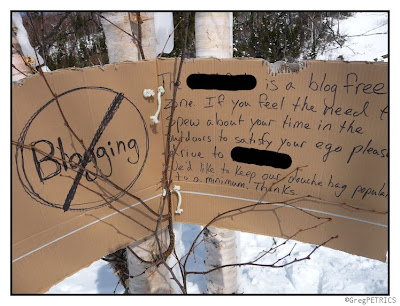 Via Famous Internet Skiers
Posted by Drew at 9:04 AM 2 comments:

All hands on deck

A: Four cool products with a sailing theme.
Q: See below.

With 1,525 cubic inches (25 liters) of room, a 3-roll sealing system that makes the bag drench-proof and a large internal pocket that lets users keep wet items separated from dry items, the 100% waterproof and floatable Wet & Dry Backpack is as multifunctional as any waterproof backpack on the market. It also features a reinforced back support system, a quick-access key pocket and a reflective logo.
Cost: $85

NAUTICAL TRIVIA
Test your knowledge of all things maritime with Nautical Trivia, a challenging board game that combines the excitement of The America's Cup with the cerebral challenge of Trivial Pursuit. A great gift for the mariner on your gift list, Nautical Trivia was created for those with a passion for a boating and sailing and life on the water.
Cost: $49.95
More info here.
Posted by Matt Crawford at 1:44 PM No comments:

Email ThisBlogThis!Share to TwitterShare to FacebookShare to Pinterest
Labels: on the water, sailing, Waterproof

Trenching in the valley of the sun

Mad River Rocket's Whitney Phillips gets off his knees for a few runs in Sun Valley ....
Posted by Drew at 12:08 PM No comments: