Why are outdoor companies leaving Vermont? 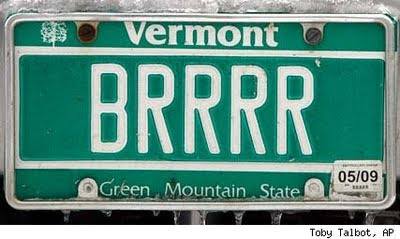 They came. They grew. And they left.

I suppose it's an essential thing to do, wondering why somebody left a place for someplace else, especially if you're the one that's staying put. I've certainly been on the leaving end numerous times -- pulling up stakes from Boulder, from Seattle, from Jackson, from Portland. And each time, while there were plenty of those who were happy and excited to endorse the new adventure, there were always those who weren't exactly wild about the news. Understandably so.

Taken one at a time, the list of outdoorsy companies that have left Vermont behind isn't so bad. But looking at the pile of names in a single group -- it can certainly appear that some sort of nefarious forces are at play, with a bend that leans against the Green Mountain state.

As any J-school dropout can tell you: two is a coincidence, three is a trend, but six means that your story is very, very late.

In all fairness, each time one of these outdoor industry stalwarts has packed up the U-Hauls, the minor tremor led to a brief festival inward-looking hand wringing. Why not Vermont? What has this place done to turn these companies away? Are our taxes too high? Is this place unfriendly to business? Are the mountains too small? Is it the lack of good chile relleno?

But freaking out about the cute girls who left the dance early ignores a few significant realities. Like the talent that still remains in the room.

Darn Tough puts Vermont right there in bold letters on the front of every package, and it would take an army of sandblasters to push them out of Northfield. Waterbury's Rome Snowboards is the third largest snowboard brand in the world -- though arguably the most influential, imitated and important -- specifically because of their gritty eastern perspective. The crew at Ibex down in Woodstock is competing against publicly held mega-brands, and is not only holding their own, but growing, simply by being the independent-minded Vermont dudes and dudettes that they are. Vermont Canoe is going all-in on spectacular, hand-crafted boats ... right in the Mad River Valley.There's apparently a fly fishing company down in Manchester called Orvis, though i don't know much about them. And don't get me started on the soaring future of Outdoor Gear Exchange -- I just wish that Marc would adopt me. 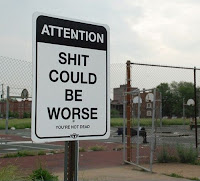 The second reality is the reality of business. Wrestling to find Vermont's "fault" in an outdoor company's departure, or succumbing to the easy out of blaming the trend of "brain drain" doesn't just play into the hands of the gloom and doomers, it simply ignores major market trends. It's like blaming the rules of chess for not being able to move a castle diagonally, or like blaming your ski jacket for not being able to stop the wind from blowing.

Once companies started shifting to international manufacturing, the home team was no longer anchored to a specific geography. The economies of scale -- being able to share marketing, R&D and financial support in a single office, for example -- are simply too attractive for many efficient business managers to pass up.

And making Asia that manufacturing choice has also impacted things. Apparently there are some factories over there that are a lot cheaper, and it's a shorter trip from southeast Asia to West Coast ports than the Eastern seaboard. So if you're playing in that sandbox, it makes basic dollar sense to have an outpost west of the Mississippi.

That's all pretty obvious stuff, of course. But another perhaps more subtle shift in the last two decades is that outdoor brands, these inventors of adult toys, these purveyors of sustainable healthy lifestyles, these role models for endless outdoor amusement ... have become legit. Today's outdoor icons are eagerly pursued by private equity money, and acquired by publicly traded NYSE ticker brands for a simple reason: they're money makers.

Inside the climbing-webbing beltway (aka, "behind the soft-shell curtain"), there are a handful of savvy, skilled and extremely good looking executives that have saved and made a ton of money for their companies by navigating these waters. These men and women are pretty well known in what's called the outdoor industry. 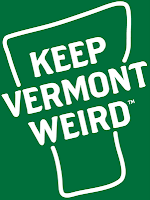 But up on the rock or out on the water -- nobody is famous for pioneering Vietnamese manufacturing or for maximizing brand synergies through consolidation. Nor should they be.

True legend status in the outdoor world is reserved solely for the innovators. The inventors. The passionate outdoor addicts who saw a need, who thought it through, and who stand behind their ideas by putting their name on every product.

While it's a fruitless, pushing-meat-uphill exercise for a small state like Vermont to beat itself up about how to compete with offshore labor costs, or how to artificially subsidise the effiiciencies of a clustering market segment, it's actually a pretty good moment to focus instead on setting the stage for that moment of outdoor inspiration.

Sure, Vermont isn't cutting multi-million dollar checks to lure mega-employers here along with their three-ring binder full of job postings. But Vermont does have the fertile ground of a vibrant four-season outdoor culture, a passionate outdoor community, a truly unique natural environment, and widespread acceptance for having more than one job.

Of course, as any good farmer knows, the best way to grow a big crop is to plant a lot of seeds. Encouraging entrepreneurship in the outdoor industry can take a lot of forms in Vermont, from structured programs at the University and high school level to carrots at the State level.

But the best way to get things started is to lace up those hikers, head out into the fresh air and see where your feet -- and your mind -- takes you.


The tight jeans, the blowdrier hair, the badass 10 mpg American cars, guys who still liked to get punched in the face, and guys who actually competed in a thing called ski ballet.

Cold Splinters put it in my head today, after posting a link to a throwback photo gallery from Aspen (1981). It rung true, not just because it was a pure moment-in-time captured on film, but because it's that precise moment that still lives on for a lot of ski bums in mountain towns everywhere.

The proof isn't just in the epic fight scene from "Any Which Way You Can," (filmed in the town square of Jackson, Wyo, ... something that could never be done today), it's in the style and fashion of the legendary "Hot Dog," which came to screens a few years later in 1984.

Everyone knows it's windy 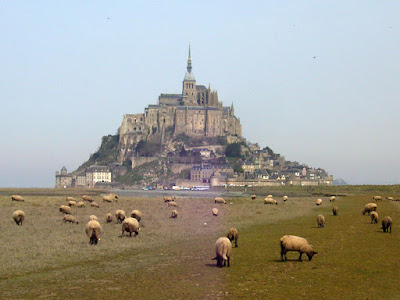 I was here, once. So long ago, it seems like a dream.

Dripping with history at every turn, Mont Saint-Michel is a spectacular intersection of human history and the natural landscape, and is a top destination for pixel burning touristes. Unless, of course, you need to photoshop out a trio of proposed wind turbines.

According to Treehugger, three 99m turbines have been proposed in a town about 7 miles away. Also according to Treehugger, UNESCO -- the United Nations Educational, Scientific and Cultural Organization -- has opposed the development because of Mont Saint Michel's listing as a World Heritage Site, and wants to keep the 25 mile view from the city pristine as well.

To be sure, opposition of energy installations is going way off-brand for UNESCO, whose primary global priorities are Africa and Gender Equality, and whose overarching mission is to "contribute to the building of peace."

On the other hand, in the growing battle between "anywhere, anytime" and "not here, not now, not ever" ... this is a new and important development. How close is close enough to a visual, cultural and natural gem?
Posted by Drew at 8:47 AM No comments:

How (not) to dig out after a long weekend Apparently, there are 21 working days between now and the first day of Outdoor Retailer. And you just spent the last three (and a half) days going as deep as you could into the native wilderness around your place and partying like the rapture was coming. And prior to that, you were on a 50-percent mental vacation, as those workdays sliding into the holiday weekend won't win you the Productivity Czar award.

6 am ... Flag your emails
Because marking them for reading later is better then dealing with them now.

7 am .... Start a major bike repair project.
That headset isn't going to repack itself. 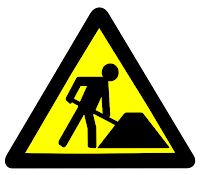 9 am ... Drop your car off to get that brake work done, finally.
It seemed like a really smart idea at the time to book an appointment for first thing after a long weekend, didn't it.

11:15 am ... Get back on your routine
Hit your Google Reader program, hard. Make sure you missed nothing at all over the long weekend.

11:30 am .... Work in a lunchtime trail run
Routine is everything. And without exercise, it's going to be tough to focus on the day ahead.

12:30 pm.... Eat lunch at your desk.
And catch up on the Women's World Cup standings. Productivity is everything.

1 pm ... Prioritiize your flagged emails
Efficiency is everything.

1:30 pm ... Staff meeting
If there's not a business version of "schadenfrude," there should be.

3:15 pm ... Schedule a haircut appointment for pre-Outdoor Retailer
10 days prior to the show is ideal, allowing for natural grow in.

4:30 pm ... Social media research
Being fluent in Facebook is important to your clients.