Storytelling is the New Social Media 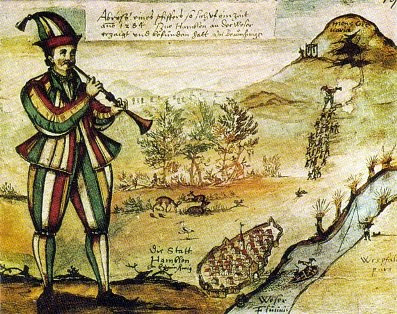 So I'm reading a book about social media. Which .... I'll admit ... feels a little like going on the internet to see if it's raining outside.

It's not a bad book. Not at all, actually. It's quite interesting and probably valuable with loads of case studies about how some companies really gacked it up by not responding to an angry Twitterer, and how others took advantage of similar situations by thinking and acting fast.

It's not exactly rocket science for any company that's come of age in the last decade, but for others who spend day after day in marathon "strategy meetings," it'll make a great stocking stuffer.

But whether you've read it or not ... just assume for a minute that real-time communications is something that everybody will get on board with, real soon. From Fortune 100 behemoths to the crusty flip-flop startup in the van down by the river, everybody will be kung fu fighting in real time. The media cycle will be real time. The PR cycle will be real time. And a globe-full of information consumers will be constantly and immediately satiated by the information producers ... sort of like the bottomless baked potato taco bar in heaven.

At that point, which probably isn't that far away, there will be a clear difference between company A and company B. And that difference will be pretty damn easy to spot.

Instead, the difference will be in storytelling.

The book talks a lot about how a real-time culture is more important than the real-time tools. I totally agree . But a more important concept for 2011 (and beyond) is nurturing an environment that encourages storytelling .... enabling designers to think about the brand story when they're creating a new widget, encouraging customer service agents to learn and appreciate the company's history, and building communication teams that enjoy spinning the yarns more than just wearing technical fabrics. 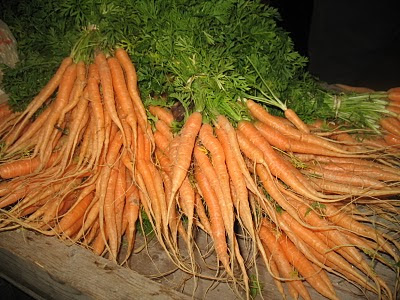 They aren’t building any more dirt.

Around this place, it's known as “prime agricultural soils." This good stuff is hospitable, eager, and willing to produce. It’s got great drainage, great exposure, and a midwestern flatness.

It’s obviously valuable, in real cash dollars, because it’s the easiest place to grow things in a state that otherwise can be damn challenging. Less than obvious is the development pressure on the land … flat, dry and sunny makes a great second home lot.

Thanks to some planning, some luck, some seriously crowded farmers markets and some high profile foods tickling the palates of the East Coast metropolis within a few hours of the state’s southern border, the users of Vermont’s prime ag soils are in a bit of a sweet spot.

There are generational famers, taking the mantle from their ancestors. There are new arrivals, making a midlife change from consumer to producer. There are young kids with lofty goals. And there is demand for what they do. Lots of it.

With ideas and energy and attention, some have likened this moment in Vermont to a “Silicon Valley for farming” feeling. In that the conditions and characters are all in place. In that things just seem right. In that if it’s done right, money can made for a long time.

In recreation-dominated landscapes like the pastoral Mad River Valley, it’s easy to see plenty of prime ag soils that aren’t being farmed. And you don’t need a superspy decoder ring to realize that in 10 or 20 or even 100 years – after businesses come and go, and after a wintersport industry fades in the heat of climate change – that prime, productive soil will likely become even more valuable than it is now.

Of course, I’m not a soil scientist or a farmer. But I did see Ben Hewitt last week.

Author of "The Town that Food Saved," an extended personal debate about the pros and cons of a local agriculture economy, Ben was in Middlebury to tweak the notions of a rapt audience of community planners. Much to my delight, Ben stunned the crowd.

There were dozens of gems, but one of my favorites was a riff about sustainable farming (“You want ‘sustainable’? Climb down off your gas-powered tractor and grab a shovel.”), followed by a plea for using the word “restorative” instead. As in the idea of local agriculture restoring our production-based economy, restoring our local coffers, and restoring our sense of community.

Another head scratcher was a question, posed to the crowd (and eventually backed up and sourced by one of the event hosts) .... How much do Vermonters spend directly on local agriculture, per person, per year?

It’s gotta be a lot, right? Vermont is groovy and green and loves everything that starts with an herbi-prefix. It’s got farmer’s markets and bitchin’ cheeses and yak rodeos.

Clearly, some Vermonters spend way more than this on their annual budget of CSAs, half-hogs, artisanal cheeses and Thanksgiving turkeys. But equally obvious is the reality that there are many in the state who spend barely anything at all.

But imagine if Vermonters could just double this number … spending $70 per person, per year, on local agriculture. It’s certainly not hard to fathom, nor is it an unrealistic budget request for most rungs of the economic ladder.

And along the way, to steal a bit of Ben's thunder, we'd restore our community-based economies (to say nothing of our diets).
Posted by Drew at 4:37 AM 1 comment: