Twenty years after MacGyver was cancelled ... his tradition lives on 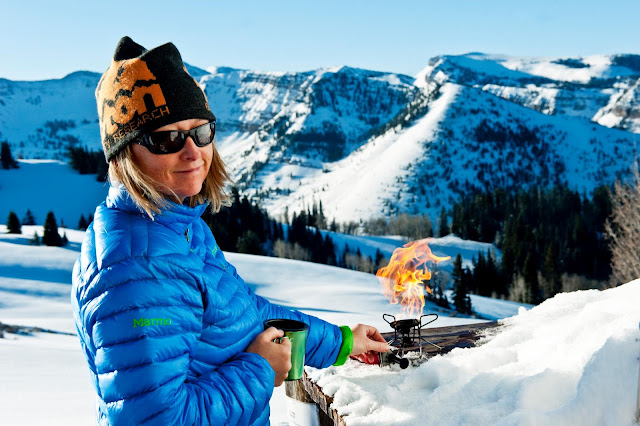 I've never been invited to a meeting, but I have heard from her co-workers that the club definitely exists.   One part uber-devoted Backpacker subscriber and one part gear dork, the Hostetter Fan Clubbers are also 100% into whatever Kristin happens to be talking about at the moment.

And for the last 15 years, Kristin has talked a shit-ton about gear.   Since the Clinton era, she's been the gear editor for Backpacker magazine, putting thousands of camping and hiking products through their paces. She's written about gear, done YouTube videos about gear, gone on NBC Today, CBS’s The Early Show, and even shared a set with Martha Stewart. 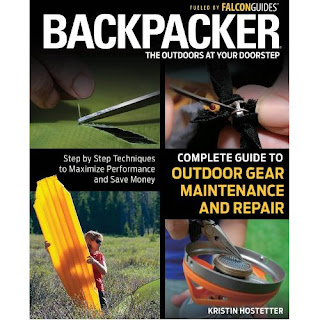 This month, Kristin added her latest trick ... a book.   "The Complete Guide to Outdoor Gear Maintenance and Repair: Step-by-Step Techniques to Maximize Performance and Save Money."

And as much as the Hostetter Fan Club likes gear (and Kristin),  I bet they like saving money, too.

To help spread the word about the new project, Wicked Outdoorsy sent Kristin some actual questions. And she actually answered.

So you asked your readers to send it their broken gear, and then you fixed it all and documented the process. How many submissions did you get ... and how many made it into the book?
Yeah, I’ve been writing about gear repair for so many years, but for this book I wanted to get my hands dirty and gut check all my advice. What better way to do it than go through the process of fixing real busted gear? It was massively time consuming, but well worth the effort. Close to 100 people responded to my call for submissions. I got everything from tears in fabrics to broken zippers to fireball stoves and mildewy tents. Lots of mildewy tents. I ended up using about 20 of them, and all of these people are featured in the book. They were very stoked to participate and get their gear fixed for free.

Was any of the busted gear totally hopeless?
Before I gave up on anything, I sought outside advice. I was constantly on the horn with warranty departments to learn about their techniques, and it proved invaluable. But some things were pretty hopeless. I’m all for fixing everything you can, but there comes a point where you have to decide whether it’s worth the effort and time. I had one guy send me a huge, decades-old, 4-person JanSport tent. The inner surface of the rainfly looked like a parched desert floor ((I have a photo of it I’ll send you)): the coating was peeling and flaking in a million tiny pieces. The first step was to remove the flaky coating (which entailed a few trips to the laundrymat—the only time you should put your tent in the wash—and then some laborious scrubbing with a stiff brush and steel wool). It took me a couple hours to do one small section. It was doable, but ultimately just not worth the effort. I completed that section for him (cleaning the fabric thoroughly and applying a new coating). Then I returned it to him with instructions and a couple of bottles of Aquaseal Poly Coat, so he could finish the job himself.

Is any gear truly unfixable?
Yeah, particularly fabrics that have been neglected (left wet and crammed inside a stuffsack), contaminated with chemicals like DEET, or degraded by serious UV rays. They’re pretty much shot and you’ll never be able to restore them to their former glory. The lesson is simple: take care of your gear and it will last. The book, by the way, is not just a repair manual. It’s filled with care and maintenance tips, too.


How important has the influence of MacGyver been in your life? 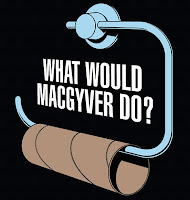 God, I love that guy. Such a stud, and not because of his feathered, golden-highlighted locks. Everybody loves a man—or a woman-- who can fix things. One thing MacGyver taught me is to never be without caught without a multitool (remember his Swiss Army knife?) One of my favorite MacGyver moments was when he, clad in an awesome red head-to-toe outfit, got buried in an avalanche, probed out a tunnel using his Scott ski pole, and shot a little red bandana parachute out to signal his rescuers. As a young skier, the lessons learned from that episode were priceless: Don’t try to race an avalanche and always make use of the tools you have at hand to get out of bind. http://www.youtube.com/watch?v=yG3Iapth75I&feature=related

What was the first piece of gear you ever repaired?
I don’t recall my first repair, but I do recall a key one from about 12 years ago. I was on a 5-dayer in Isle Royal National Park with a bunch of other journalists. Our MSR stove went kaput and since I was 7 months pregnant at the time, continuing my intake of hot food was paramount. I remember sitting at a makeshift table with my buddy Michael Hodgson and completely dissecting, cleaning, and reassembling the stove. We fixed it, and instead of eating cold, crappy, freeze-dried meals for the next few days, we ate hot, crappy ones.

Did you take shop in high school? What grade did you get?
No, I didn’t take shop, but I dated a cute guy who did.


Is gear repair an art that is slipping away?
I hope not. The thing is, gear these days is so well made. If you’re buying top-quality stuff to begin with, it should last you a good long time. And from an environmental perspective, it’s so much more responsible (and gratifying) to keep your old stuff in use rather than run out and replace it because of a little glitch. Don’t get me wrong, I love shiny new gear and my job ensures that I have a steady flow of it. Sometimes there’s an advance in technology that makes old stuff obsolete. But still, good gear repair skills are key, because problems typically happen when you’re out in the field, far from REI. A gash in your rain jacket can really suck if you’re on a 5-day hike on the Olympic Coast and it’s pouring.

How do you feel Bobby Valentine is doing with the Red Sox? Can he be fixed?
Well, he’s not off to a very good start. His big problem—a lackluster, and seemingly nonchalant group of starting pitchers (yeah, I’m talking to you Beckett)—is not something you can fix with Seam Grip. 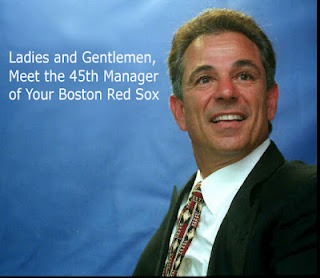 LINK:  Backpacker magazine's Complete Guide to Outdoor Gear Maintenance and Repair: Step-by-Step Techniques to Maximize Performance and Save Money
Posted by Drew at 10:35 AM 2 comments:

You had me at 'foolhardy' 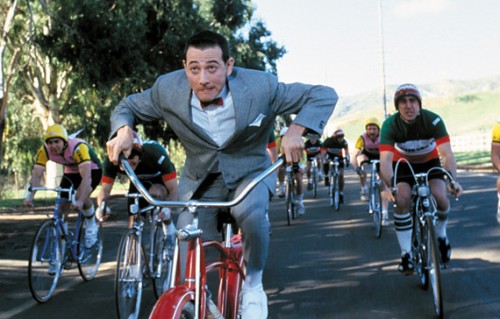 Ten thousand dollars isn't a lot of money for the 1%.

But it's definitely a lot of cash for a ski bum with the a crappy summer job.

Seeking a "smart, creative, and (perhaps) slightly foolhardy project" that's worth putting in the pages of the magazine, Outside is looking for submissions to their first annual Adventure Grant.

Their examples include sailing a homemade raft down the Hudson River, walking a perfectly straight line across Canada's Prince Edward Island, and paddling a canoe from Portland, Oregon, to Portland, Maine.

* Skiing all the 14ers in leather chaps and lingerie.

* Take Mark Cuban on an expedition to the South Pole.   Leave him there.

* Circumnavigate Boulder County on a unicycle without passing a dispensary, a white guy with dreadlocks, or any former members of the Subdudes or Samples.

* Steal a lock of Laird Hamilton's chest hair, and use it to stop the war in Afghanistan.

LINK:   Outside Magazine Seeks Submissions for 'slightly foolhardy' $10k adventure grant
Posted by Drew at 6:16 AM No comments: