'Gear Institue' strips things down to the bare essentials 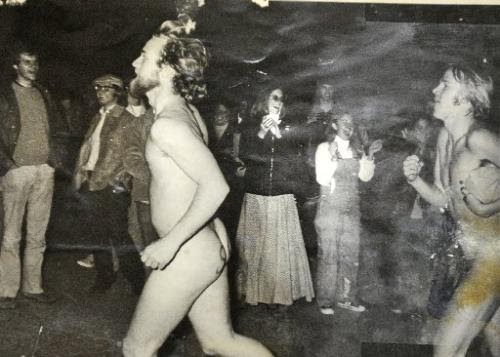 Once upon a time there, was no gear. Now, there is very much gear. Scholars from the future will call it this the Gear Era, and they will scientifically pinpoint the moment in time when Gear became a Thing.

That future timeline will likely date back to 1973, when the same crazy kids who were smoking weed, getting naked and having sex to "Eat a Peach" decided that that they'd rather smoke weed, get naked, and run around with all the other future running shoe company CEOs. Streaking was the antithesis of gear, but it was also the doorway.

In the 40 years since then, Gear has become more than running shoes and skis and packs and gloves and lighters and Gore Tex dog leashes and barbecue grills. Gear has become stuff that we actually think about before we buy it. Sometimes, Gear gets bought before we even plan an adventure. And Gear can often become the dusty icon in the corner of the room that reminds us of those adventures we once had.

Seeking to "professionalize" the modern art of Gear reviewing, a team of outdoor journalists has erected a unique digital structure from their base in New Mexico. Known as the "Gear Institute," the independently published website draws part of its inspiration from the sterile testing environment of Consumer Reports ... and the rest from the seemingly insatiable demand among the general public for gear reviews.

There are no lab coats that I'm aware of at this institute, and as yet there is no PhD available in Gearology. However, if they have their way ... the lab coats may be coming.

Below is a quick conversation with Justin Nyberg, co-founder of the Gear Institute: 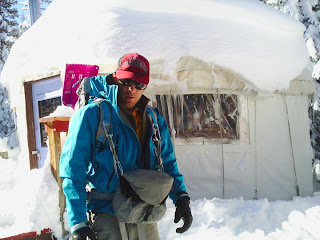 Why are people so obsessed with gear?

Because gear is power. I’m only half kidding. Just about anything cool you’d want to do in the outdoors requires equipment of some kind, and the stuff is pricey. I think people’s obsession with gear is just a proxy for their obsession with expanding their horizons—doing it faster, cleaner, more efficiently, more comfortably, or just in a cooler way. Plus, when you get right down to it, we’re all materialistic gluttons. New stuff is always fun.

Where did the idea for the Gear Institute hatch? I hope scotch was involved.

Actually, it was green chili. My buddy Pete Kray invited me to the breakfast spot with the hottest green chili in New Mexico—Horseman’s Haven Cafe, in Santa Fe. While the steam was pouring out of our eyes, we got to bemoaning the lack of thorough, objective, expert gear testing websites out there. It seemed like everything out there was either really superficial or just unhelpful to a consumer trying to make a smart buying decision. And we both knew many of the brightest, most thorough, and best respected outdoor gear testers in the industry who deserved to have their work highlighted. So we launched our own.

If things work perfectly, what will the Gear Institute look like in 10 years?

The Taj Mahal! No, if things continue the way we’re going, we’re going to have an expert in each major product category in the outdoor industry, cranking out objective reports that help savvy consumers make sense of the flood of gear on the market. It’s going to be a really robust, consumer-friendly tool. Knives, heart rate monitors, high-power flashlights, dog PFDs—you name it. Beyond that, the expansion plan is something we keep close to our chests, but ultimately, we want people to equate the Gear Institute with the testing organizations we respect the most in other industries—groups like Consumer Reports in consumer products, and websites like CNET.com in tech. (On the print side, it publications like Outside’s Buyers Guide, Backpacker’s Gear Guide, and Mountain Magazine’s ski tests that I think set the bar in our industry.)

How do you feel about Wes Welker joining the Broncos? 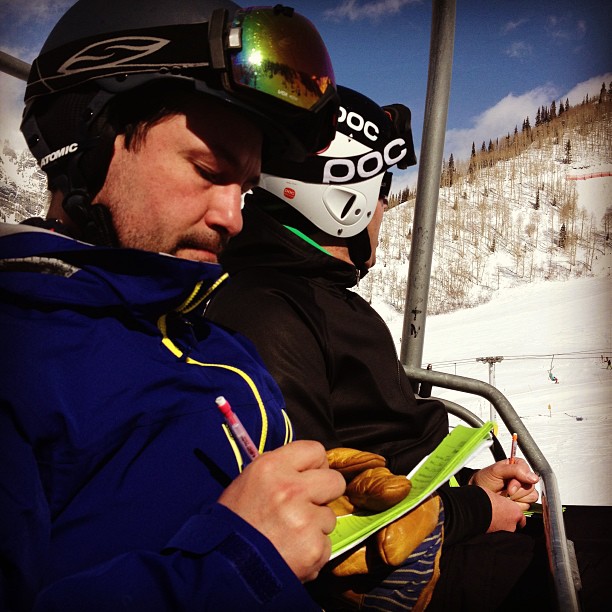 Who is on the core team? And how many people are on the "roster"?

Tal-ee Roberts is our tech maestro; he built the site and all it’s features. He’s a genius. Ken Marold designed it—we wanted to have the best looking and most user friendly tool for consumers to get clear info on products, and he really delivered. Peter Kray is our publisher and deals with our ad sales, along with Chris Van Leuven, who’s on contract for us. And I coordinate all our testers. Right now, we have 42 testers, and I’m recruiting more every other week or so. Each one is an independent freelancer who knows their particular niche very well, and each one came recommended by folks we respect. It’s shaping up to be a sort of All Star team of outdoor industry testers. The idea is that you should be able to come to the Gear Institute and no matter what you’re looking for, you’re going to get straight, objective advice from someone whose opinion is well respected.

Is the Gear Institute working to be the Consumer Reports of gear?

In a lot of ways, yes. We are totally inspired by their approach. Outdoor gear buyers invest heavily in their gear, and sometimes put their lives on it, and they deserve an organization like Consumer Reports that is totally objective and only concerned with helping them make smart gear choices. There are some differences—for example, Gear Institute has to sell ads to support our site, but we take a strict, old school journalism approach to separating editorial from advertising interests. Our reports come straight from our independent testers, and our advertisers know they can’t influence those reports.

In your lifetime, how many products have you reviewed?

More than I can count. I was at Outside magazine for 6 years, doing a lot of gear stories. I spent years testing gear of all sorts, so I have a good sense of how most of the technology works. But these days, I leave the testing mostly to our crew, who can focus on one niche at a time.

What's the worst piece of gear you've ever reviewed? Did that review see the light of day?

Oh man, there’s been a bunch. Some companies make the silliest stuff. But junk isn’t really worth anyone’s time. We’ll give it a fair shake, but with so many products to choose from, we usually invest our time in stuff we can recommend for someone, rather than to just publish an alert that some product no one has heard of isn’t up to snuff. But if we take the time to review a major, production-line product, and it falls apart, we’ll definitely publish the results.

There’s a lot. But mainly a “good” gear expert is able to step outside of his or her own biases and help explain the product’s strengths and weaknesses objectively—so any buyer can understand its strengths and weaknesses, and make their own decision. “Bad” gear experts are usually just folks whose opinion on a product is a reflection of their own personal tastes. A good gear expert has seen enough product to know who will love the product, who will hate it, and how it compares to other products like it. They speak for everyone, not just for themselves.

Are you getting pushback from companies about being "too honest"?

No. The opposite actually. What we hear on the trade show floor is a lot of encouragement, and almost gratitude for finally filling this gap. People want something real. I think it’s a bigger shift in marketing strategies that social media is helping bringing about. It’s all about authenticity. With so many people voting with their “Like” and “Share” buttons, it’s clear that people mostly respond to what they believe in. And you don’t stand a chance if you’re not credible. So I think it’s sort of an old-school, out of touch mindset to say “give us a glowing review or we’ll never work with you again.” But the responsibility goes both ways—whether we praise a product or criticize it, the goal is always the same: be fair, be thorough, and let the evidence do the talking. We don’t expect marketers to love every one of our reviews. But we do hope our testers have earned their respect. The good thing is that most of the products in this industry are really good—they do what they’re supposed to do without a lot of sacrifices—and so it’s rare that we have to call something out.

Are you ever disappointed when you don't get pushback from companies about being "too honest"?

Funny question—no. We’re not gunning for a fight. We’re just having a great time.

LINK: GEAR INSTITUTE
Posted by Drew at 8:04 AM No comments: