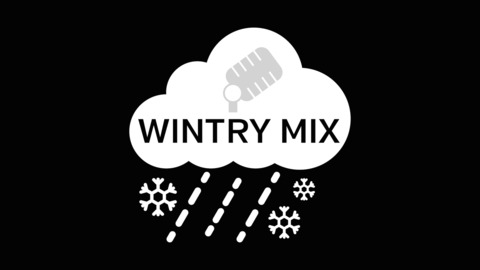 I've never been a podcast host.  Never thought about getting the gear (is there any?) or putting one together during my abundant downtime between 9 and 9:45 pm each night.  But my guess is that it's a lot like most of the commercial-creative arts ... it's probably a lot harder than it looks to make it look easy.

Wintry Mix is one that has always made it look easy.  Natural.  Like butter on a piece of Red Hen toast with a side of blueberry jam.

While Wintry Mix took a brief hiatus last winter while life got in the way, it's fortunately back ... with a new crowdsourced content formula.  So far, I've really enjoyed it.  Not just because I like listening to other people's random thoughts about winter in Vermont, but also because it gets me thinking about cool sounds and conversations that would be fun to send in.  Maybe soon.
Posted by dswickedoutdoorsy19 at 10:04 AM No comments: 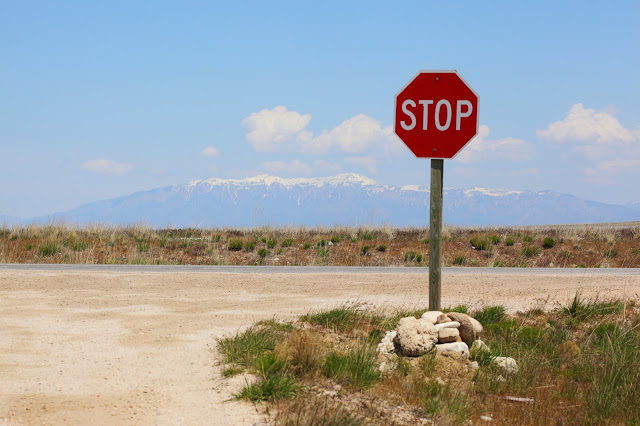 Criticizing Patagonia on Utah (or anything, actually) is as delicate an act as there is. There’s a lot of love in there, a lifetime of personal connections to respect, and a lot of inspiration to be thankful for. But hey, nobody’s perfect.

Without withdrawal from the Outdoor Retailer show, Patagonia’s “open letter” to Utah was just paper. Pulling out is real action, and in the current political climate it’s no surprise that it was greeted with thunderous applause by rabid brand fans. People everywhere are eager to “lean in” right now, even if it’s vicariously through a beloved brand.

The goal of Patagonia’s withdrawal from Outdoor Retailer was to change Utah’s stance on public lands policy by prompting a tradeshow walkout. But the reaction to the news has veered elsewhere. If you follow the threads, conversations have quickly evolved into debates about direct flights, hotel rooms and shorter latte lines. The question of “where is the best home for the outdoor industry” has sped past the exit of “how can we help a place we love” and left the idea of a value-driven outdoor industry as a pleasant remnant in the rear view mirror.

Patagonia elevated this discussion in a way that nobody else could. They are the EF Hutton of Outdoor Industry public relations, and they immediately moved this topic from a regional trade issue to a national political conversation. That is a very good thing.

Patagonia is on its way to becoming a billion dollar brand. They have a robust multi-channel business and can well afford to miss a trade show -- or a high volume shopping day -- in a way that few attendees at Outdoor Retailer can (but many dream of).

You either stand for something, or you stand for nothing. I can’t remember which buddy at Patagonia told me that or when, but it has stuck with me forever and I think about it all the time.

I heard yesterday from a trade writer who “just wanted to talk to somebody sane” about the news. “Whoa … wait a minute,” he said.  “We’re just going to say you can have your red state and we’ll go back to our blue fortress state, and everything’s gonna be cool? I thought the big takeaway from the election was that we needed to break out of our echo chambers and be engaged and aware at all levels?” 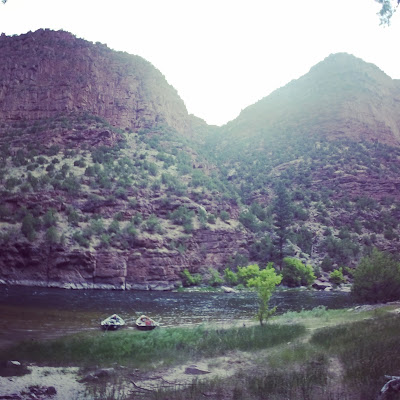 I heard last week from a friend (and Outdoor Industry CEO) who dropped a different story: “We’ve lost,” he said. “They’re going to poke holes around that whole state, and how are we supposed to explain our support of that to our customers? We have to pull Outdoor Retailer out of Utah.  We are right behind Patagonia on this one.”

The loudly quoted impact of the Outdoor Retailer show on Utah is $80 million per year. The quietly stated bonus for Utah -- should they succeed in their stated goal of reclaiming public lands for oil and gas exploration -- could be as much as 10 times that much in the form of of drilling royalties. Sure, they’ll be sad to see short Outdoor Retailer money walk out the door, but how happy will they be to have an easier path to extractive Disneyland?

In the late 90s, I asked the show director of Outdoor Retailer whom he thought was the “model” brand of the outdoor industry.  Without hesitation, he said Patagonia and everyone in the room nodded and smiled. I did too. Two weeks ago, in the aisles of the Salt Palace, a global marketing director asked a huddle of industry veterans who they thought was the “one brand that really had it together.”  Twenty years apart, it’s still Patagonia.

The prospect of pulling the Outdoor Retailer show from Utah eliminates a big negotiating chip from the table … keeping the show there keeps hundreds of outdoor brands engaged in the conversation. You’re either at the table, or you’re lunch (source: Frank). I guess we’re having take out.

Press clippings for gear have always had a retroactive effect on consumers. People like reading about the gear they’ve already purchased, as it validates their decision. Press coverage of Patagonia’s environmental stances -- whether it’s the current one in Utah or any of their other myriad stances -- turns the light on inside brand fans. They happily pull on their Patagonia gear, and beam away at the many Patagonia labels in their closet.

Threatening to pull the the show out of Utah feels like the equivalent of threatening to move to Canada if the wrong president wins -- but is actually easier to pull off because you don’t have to explain to your kids what “Ottawa” means.

Patagonia is more than a leader of consumers, it’s a leader of brands.  A friend in the outerwear business told me the other day, “We’re still using DWR on everything, and will keep on using it until Patagonia figures out the alternative.”

If Utah public land opponents win the battle on Bears Ears, and succeed in helping a vocal adversary pack up and leave the state, will that weaken or embolden their efforts?

My first Patagonia jacket was a purple zip-front synchilla that I bought at Teton Mountaineering with my first paycheck as a lift operator. I wore it every day, every where, every season for almost a decade.  I lost it during a move from an uninsulated cabin in East Jackson to a different uninsulated cabin on the West Bank. Damn, I miss that jacket.


If the goal here is to change Utah’s stance on public lands, the question is what’s the best way to do that? Stay and work together as a collective voice? Or pack up and move on?
Posted by dswickedoutdoorsy19 at 12:10 PM 4 comments: